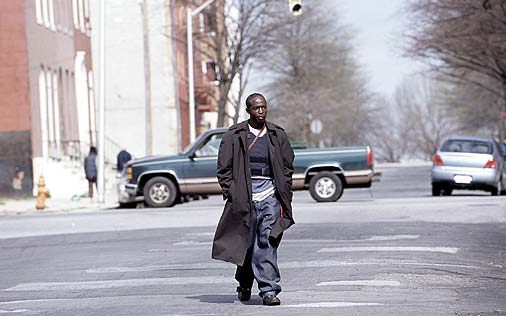 The Wire is this great HBO TV series that many of us have discovered alongside or after The Sopranos. But if The Sopranos is an outstanding drama revolving around the ‘small’ world of Tony Soprano, a New Jersey mob boss, The Wire is an exceptional crime/social fresque brushing all the drug-related layers of Baltimore.

On one side of the Law are detectives, commissioners, senators and even the mayor and his office – with different shades of crookness at each level. On the other side are criminal organizations, as intricate as their legal counterparts, with drug dealers working street corners, kingpins and their lieutenants. Finally, caught in the middle, are the people impacted by the drug trade one way or another like kids in the projects or drug users themselves (remember Bubbles and his heartwrenching journey to redemption?).

In 6 years and 6 seasons, The Wire revolutionized the world of TV series by instilling an unprecedented depth that made Barack Obama called The Wire ‘the greatest show of all time’.

As an interesting extra to The Wire’s marathon on HBO this weekend, crime reporter Justin Fenton of the Baltimore Sun has been shooting The Wire locations in Baltimore as they are now in contrast to how they appeared roughly 10 years ago in The Wire.

Check out below Fenton’s tweets and, in case you haven’t seen The Wire yet, consider yourself summoned!

Read originally on The Daily Dot