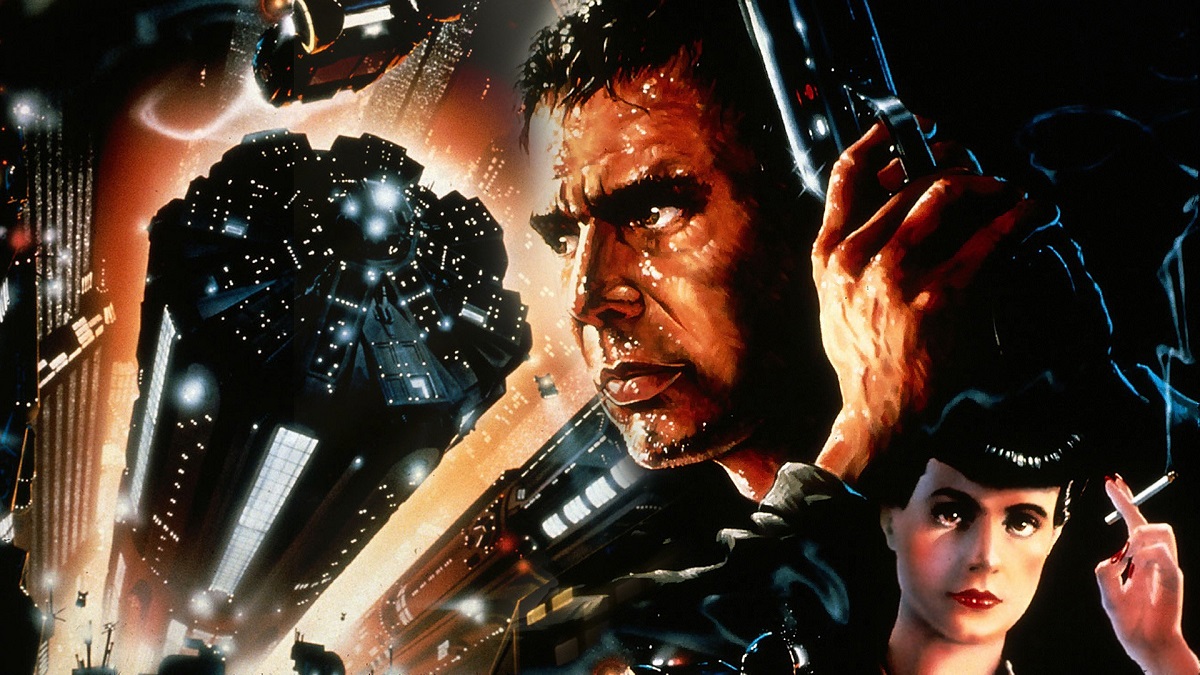 Blade Runner (1982) is the first film adaption of a work by sci-fi writer Philip K. Dick. In Los Angeles 2019, Detective Deckard is tasked to track down and ‘retire’ a group of replicants (bioengineered androids) who have illegally returned to Earth for mysterious reasons.

Although directed by Ridley Scott and starring Harrison Ford, the movie was initially mildly received both by the public and critics. Time set things right through and over the years Blade Runner became a cult film praised for its amazing sci-fi atmosphere that Philip K. Dick described himself as “exactly as how I’d imagined it!”. And, indeed, Blade Runner’s patchwork of retro-futuristic sci-fi and film noir is the closest thing to what appears before one’s eyes when reading Dick’s novels like Flow My Tears, the Policeman Said, or Ubik. No wonder then, that the writer gave his blessing to Blade Runner although his Deckard was diametrically opposed to Ridley Scott’s when it comes to android ideology.

The final cut of Blade Runner released in 2007 also helped a lot to rehabilitate the movie by instilling the depth the original version was lacking, especially around the ambiguous personality of Deckard – not to mention the bomb revelation dropped by one of the additional scenes.

Blade Runner was entirely filmed in Los Angeles with a few iconic locations that are definitely worth a detour like the fascinating Ennis House in Los Feliz or the Bradbury Building with its Italian Renaissance filigree iron stairs. Nothing like a Blade Runner stroll to enjoy a rain-drenched night in LA!

Most of Los Angeles 2019, with its ever-pouring rain and Asian streets, so polluted that the sun does not shine through anymore, was filmed in Warner’s studio.

The stunning Blade Runner universe with its myriad of details that are a delight for any sci-fi fan set the benchmark for generations of dystopian tales.

The scenes feature many famous Los Angeles landmarks like the cylindrical towers of the Bonaventure Hotel on South Figueroa Street. This location was actually also used in Christopher Nolan’s Interstellar.

Policeman: This sector is closed to ground traffic. What are you doing here?

Deckard: I’m working. What are you doing?

The police station where Deckard is begging to resume his service is LA’s Union Station.

With 110,000 passengers a day it is the largest railroad passenger terminal in the Western United States.

I need ya, Deck. This is a bad one, the worst yet. I need the old blade runner, I need your magic.

The home of genetic designer J.F. Sebastian is the Bradbury Building on South Broadway. In Blade Runner, the building appears under the same name but massive pillars were added to give it a more imposing look.

The beautiful interior filigree ironwork in the central atrium is quite striking in Blade Runner and fits perfectly with the whole noir atmosphere.

Make sure to have a look if you are in the area: the ground floor of the Bradbury Building is open to the public.

I’ve seen things you people wouldn’t believe. Attack ships on fire off the shoulder of Orion. I watched C-beams glitter in the dark near the Tannhauser gate. All those moments will be lost in time… like tears in rain… Time to die.

The brief scene at the Yukon Hotel where Deckard gathers important evidence was filmed inside the Pan Am building on South Broadway (just opposite the Bradbury Building). The building used to host offices but has now been converted into lofts.

Quite an experience to live in fear, isn’t it? That’s what it is to be a slave.

The interior of Deckard’s flat is the superb Ennis House in Silver Lake. Inspired by Mayan architecture, the building is an official Los Angeles landmark. Unfortunately, it’s rather difficult to visit the Ennis House, the building is open to the public only 12 days a year.

The tunnel used by Deckard to reach his apartment is the Second Street Tunnel that connects Figueroa Street to Hill Street.

Perhaps the most impressive location of Blade Runner, the massive Tyrell Corporation building made of two pyramids, both at least 800 stories high, was a miniature.

The scenes inside Tyrell Corporation where Deckard first meets Rachael were filmed on a set.

“More human than human” is our motto.