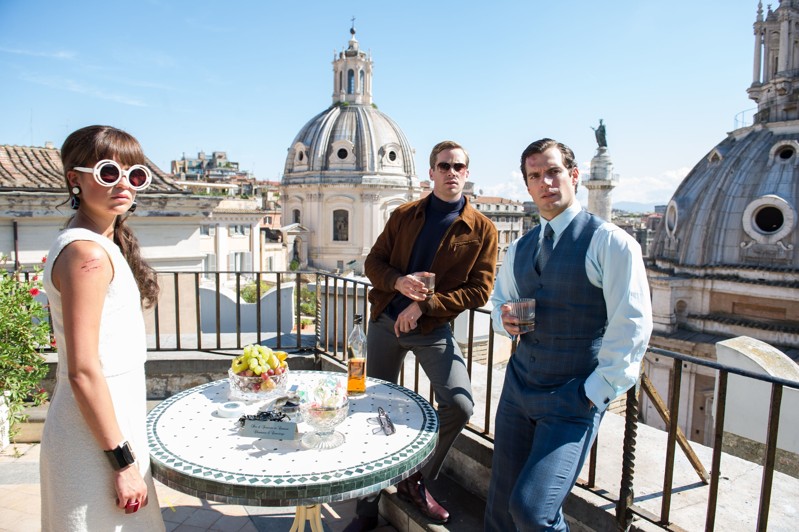 It seems that the action genre will never get tired of the Cold War-era espionage. What can be more angsty and fun to watch than pitting Russians against the Americans?

Guy Ritchie’s latest flick, based on the iconic TV series, turns the traditional spy story on its head when a loving friendship blossoms between a psychotic Russian spy and a decadent American agent. Add to the mix an up-and-coming Swedish star, Alicia Vikander (from Ex-Machina) and you have the perfect recipe for an easy-going summer hit.

While The Man from U.N.C.L.E is clearly “all style, no substance”, its blend of bromance banter, jet-set glamor, and amazing filming locations are sure to inspire wanderlust for a carefree trip across beautiful European destinations.

The Man from U.N.C.L.E. mainly takes place in Italy with many beautiful filming locations in the capital, Rome.

The trio of very special agents stays at the Grand Hotel Plaza on Via Corso. Many important Roman landmarks can be seen in the movie like Trajan’s Column and San Carlo al Corso.

The Grand Plaza Hotel was built in the 1920s in the Art Nouveau style in fashion at the time. Although, no actual filming took place in the hotel, the set built-in Padfield Road (London) to film the interior scenes used many elements from the rooms of Grand Hotel Plaza.

The stairs that put Illya’s architect cover seriously to the test are the Spanish Steps that lead to Piazza di Spagna and its Fontana Della Barcaccia.

The mugging scene where Illya has to try very hard not to lose his calm takes place at the Theatre of Marcellus (Teatro di Marcello) located between the Colosseum and Trastevere. It was built in 13 BC in honor of Marcus Marcellus, Emperor Augustus’s nephew.

One of the main questions while watching The Man from U.N.C.L.E. is: where is the island of Victoria and Alexander Vinciguerra?

The gorgeous island seen in the movie is a mix of the Island of Procida (Isola di Procida) and Baia Castle (also referred to as Aragonese Castle) on the island of Ischia (Isola d’Ischia). Both destinations are located close to each other, off the coast of Naples. Located just 1 hour away from Naples by ferry, Procida can be perfect for a day trip.

Capo Miseno in Naples can also be recognized, this is the road that Alexander Vinciguerra takes to escape from the island.

2. Filming Locations in the United Kingdom

Directed by English director Guy Ritchie, The Man from U.N.C.L.E. logically filmed quite a bit in the United Kingdom.

The most surprising filming location that you will certainly like to visit is the Cambrian Mountains in Wales. This is where the chase with Alexander Vinciguerra takes place. Following the sunny scenes on the Island of Procida, the rainy grey sky and muddy roads certainly betrayed Wales on that one.

Other The Man from U.N.C.L.E. filming locations in the United Kingdom include:

Brockwell Park in London, standing in for Cafe Gustav in East Berlin where Illya and Solo get to know each other.

Chatham Historic Dockyard in Kent and the Old Royal Naval College of Greenwich where the car chase at the beginning of the movie was shot as well as the crazy boat action scenes at night.

Goodwood Motor Circuit where Gaby reunites with her uncle and meets Alexander Vinciguerra at the race.