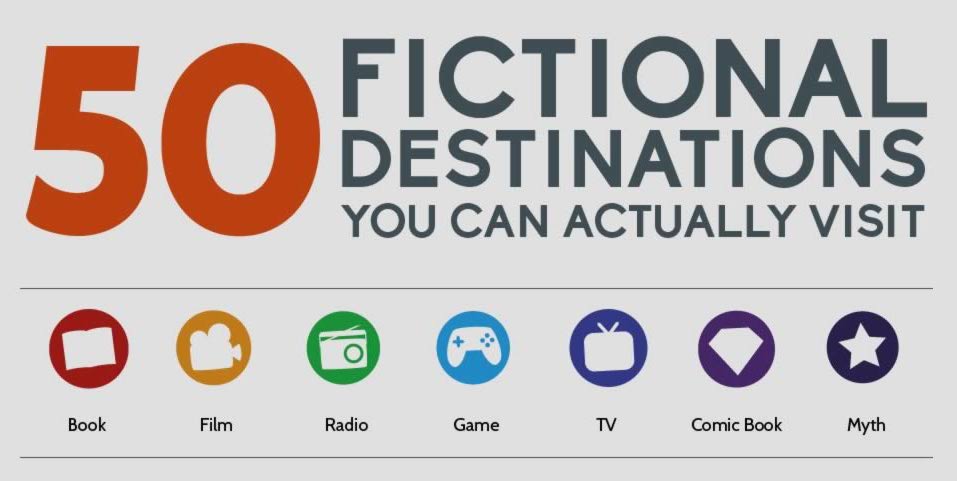 Here’s another interesting infographic putting together fictional and actual locations from movies, books, video games and more (remember the one from WonderMode?). This one created by Just The Flight is especially exhaustive with 50 fictional destinations mapped to their actual place in ‘real’ life.

This infographic covers classics such as Star Wars, Jaws, Jurassic Park, Indiana Jones but also works that usually get less attention when it comes to location mapping like The Great Gatsby and Silent Hill.

The only faux pas of this infographic is to bluntly map George Orwell’s Eurasia to Soviet Union. Without going into a whole ideology debate, George Orwell certainly based some elements of 1984 on Soviet Union and Stalin but the substance of the novel is a dystopian exercise to denounce totalitarianism in all its forms, including in Western societies (like the use of television as propaganda or the bad evolution of the English language). Therefore, Eurasia in 1984 is not Soviet Union but simply what it is: Eurasia, the combination of Europe and Asia.

Check out below for all the 50 fictional destinations and their actual location.