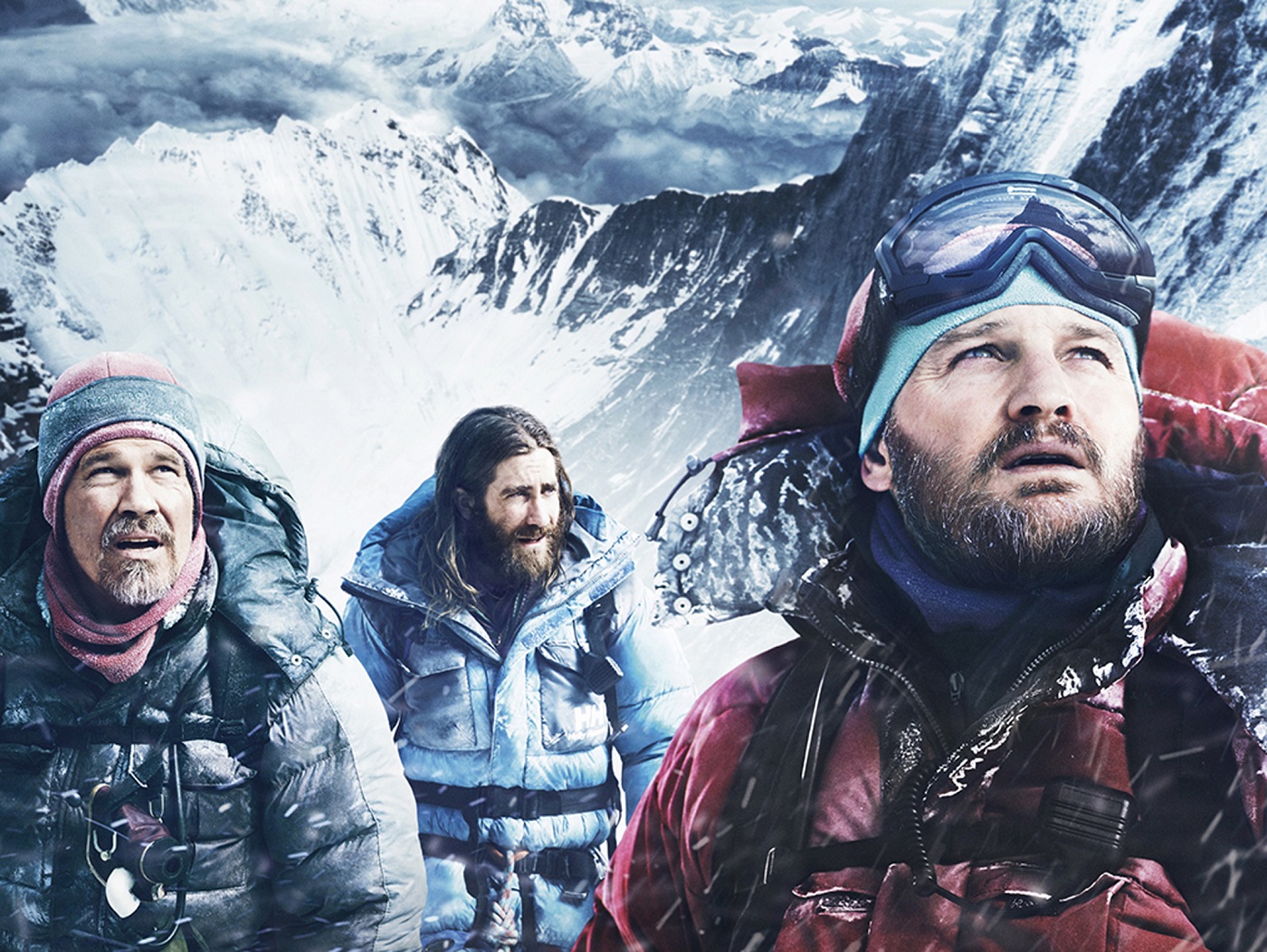 Everest (2015) relates the 1996 Mount Everest disaster that took the life of eight alpinists.

Directed by Icelandic director Baltasar Kormákur, the film is riveting throughout, but also acutely raw. Everest brilliantly transcribes what entails the decision of summiting the highest and most deadly peak in the world. Hardship, pain, and death drip out of every scene, as well as the aspiration to an indefinable greater purpose. The heroic feat insight soon turns into a horrific nightmare testing the boundaries of human nature. As spectators, we are placed in the middle of the tragedy and start thinking in terms of precious O (for oxygen) so cruelly lacking at the top of Mount Everest that reaches 8,848 meters (29,029 ft). More interestingly, Everest perfectly conveys the fascinating attraction of climbers for life-threatening summits, leaving us with only one question: would I do it?

Everest features breathtaking sceneries filmed in Nepal and Italy. The great cast made of Jason Clarke (Rob Hall), Jake Gyllenhaal (Scott Fischer), Josh Brolin (Beck Weathers), and many others actually filmed near Mount Everest at the famous Base Camp where climbers start their ascension.

Continue reading below to discover all Everest filming locations.

Interestingly, Everest was partially filmed in Nepal and features many scenes in this beautiful South Asia country prized by trekkers from all over the world.

The beginning of the movie features scenes in the capital Kathmandu and local airports (Tribhuvan and Tenzing-Hillary). In case you are wondering, the Tenzing-Hillary Airport was renamed like this in honor of Sir Edmund Hillary and Sherpa Tenzing Norgay, the first climbers to summit Mount Everest in 1953. The 12-meter (40-foot) wall of rock and ice that leads to the top of Everest was also named in memory of the legendary New Zealand mountaineer: Hillary Step.

Human beings simply aren’t built to function at the cruising altitudes of a seven-forty-seven.

Perhaps the most interesting filming locations of Everest are Namche Bazaar and Everest Base Camp.

The first one is a village on the way to the Himalayas where trekkers ‘acclimatize’ themselves as Scott Fisher (Jake Gyllenhaal) puts it in the movie.

The Everest Base Camp is famous for being the gateway to Mount Everest. It actually refers to multiple camps around Everest where climbers plan their ascent. The two main camps are South Base Camp – where Everest was filmed – and North Base Camp.

The rest of Everest was filmed in different studios in Europe but also in Schnalstal (Val Senales) in South Tyrol, Italy.

Schnalstal is a beautiful valley in the Alps where visitors can enjoy activities like hiking and skiing. It is especially famous for the discovery site of Ötzi the Iceman who lived between 3359 and 3105 BC.

Something beyond the power of words to describe.