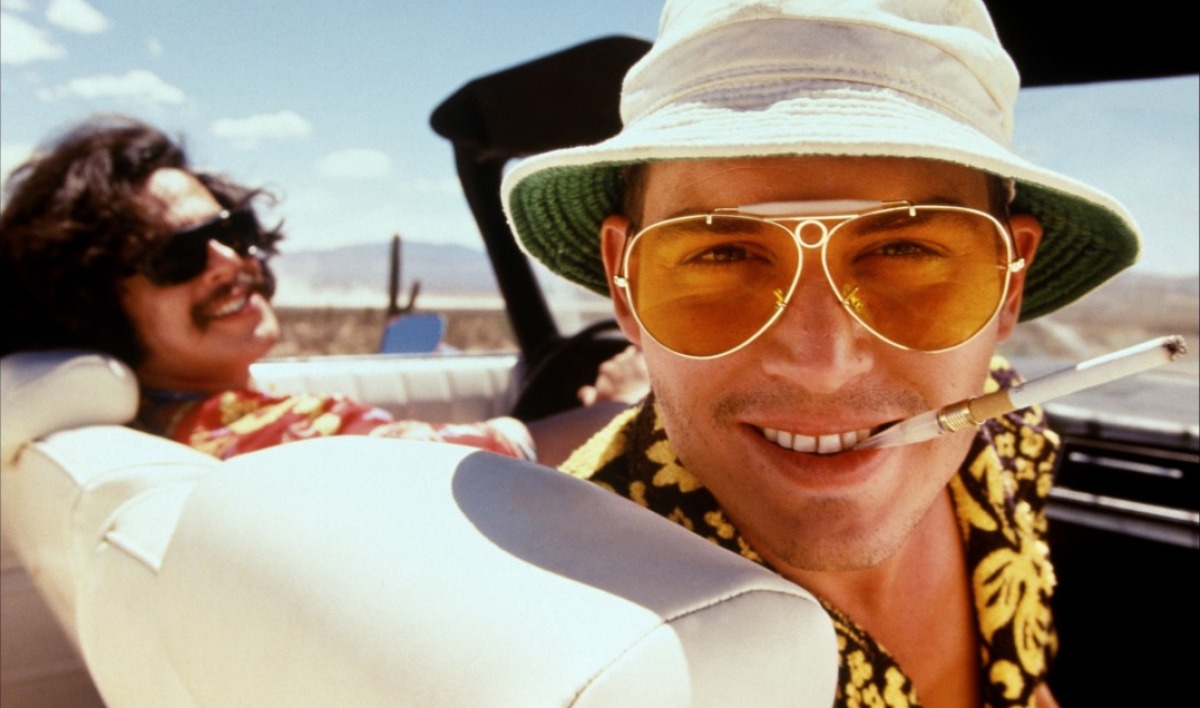 Fear and Loathing in Las Vegas is one of the most famous road trips. Ever. Sure the drive from Los Angeles to Las Vegas is no more than five hours, but Dr. Gonzo (Benicio Del Toro) and Raoul Duke (Johnny Depp) had to drive through ‘bat country’ to reach their destination in Nevada and chronicle the Mint 400 desert bike race for Sports Illustrated…

On its way, the psychedelic duo “visits” iconic landmarks such as the Circus Circus and the Flamingo Casino in Las Vegas, as well as Red Rock Canyon (Nevada). Oh and let’s not forget in our itinerary Jean Dry Lake Bed, where the legendary Mint 400 off-road race was filmed (but guys, the race was definitely underway!).

If you haven’t read the book (by counterculture icon, Hunter S. Thompson) nor seen the big-screen version, we can only recommend the trailer as an introduction.

A drug person can learn to cope with things like seeing their dead grandmother crawling up their leg with a knife in her teeth. But no one should be asked to handle this trip.

Closed in 1989, the Ambassador Hotel in Los Angeles is notorious for being the location where Robert F. Kennedy was assassinated in 1968.

The hotel was used for several interior scenes and it also marks the start of the road trip.

Bahooka Family Restaurant is another Fear and Loathing in Las Vegas filming location. The film crew showed up to shoot a memorable scene at the Tiki Bar in Rosemead…

Sadly, you won’t be able to visit and eat there anymore as this psychedelic restaurant closed down in 2013.

Jean Dry Lake Bed in Nevada is where the legendary Mint 400 off-road race was filmed (but guys, the race was definitely underway!).

In some circles, the “Mint 400” is a far, far better thing than the Super Bowl, the Kentucky Derby and the Lower Oakland Roller Derby Finals all rolled into one. This race attracts a very special breed…

Several scenes from Fear and Loathing in Las Vegas were filmed at the Kingman Airport. For the most knowledgeable around us, they’ll have noticed the Hualapai Mountain in one scene, in the background.

Circus Circus
As the hotel did not accept to have anything to do with the movie, all the shots that were supposed to be taken there had to be taken in the Le Bistro Lounge (Riviera Hotel) and the Stardust Resort & Casino, Las Vegas.

Flamingo Casino
In one of the funniest scenes of the film, Gonzo’s suite at the Flamingo hotel ends up completely ruined by the duo.

Clerk at Flamingo Hotel: Can I call you a cab?

Police Chief: [screaming] Sure, and I’ll call you a cocksucker!

Red Rock Canyon was used to film some of the desert scenes, especially the driving parts.

“We were somewhere around Barstow, on the edge of the desert, when the drugs began to take hold.”