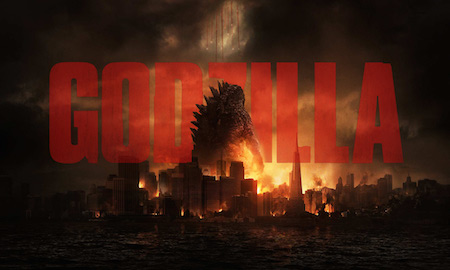 Godzilla (2014) is a film directed by Gareth Edwards starring Aaron Taylor-Johnson, Ken Watanabe, Elizabeth Olsen but also Breaking Bad’s superstar Bryan Cranston. Although not a genre-redefining masterpiece, this new Godzilla movie is undoubtedly a refreshing breeze after the horrendous 1998 version by Sony with Jean Reno. Supported by a solid cast, Godzilla (2014) doesn’t pretend to be anything else than what it is: a 2-hour blockbuster popcorn movie with smashing action scenes that will leave you ‘Awww’.

So how does a massive monster trip look like? Starting in the Philippines it goes on to Japan, Hawaii and Las Vegas with San Francisco Bay for final destination. As for the shooting, most scenes were filmed in British Columbia (Canada) with smaller parts in Hawaii and Las Vegas.

1. Mine in the Philippines (Opening Scene)

Godzilla (2014) starts with the discovery of a MUTO (Massive Unidentified Terrestrial Organism) egg chamber deep in a mine in the Philippines. Dr. Ishiro Serizawa (Ken Wanatabe) and his colleague scientist Dr. Vivienne Graham (Sally Hawkins) from the Project Monarch inspect the chamber and realize that one of the eggs has opened.

Hawaii was used as a location for the huge mining site surrounded by the jungle in the Philippines with Kapaa Rock Quarry (Oahu) standing for the entrance of the MUTO site. The scenes inside the MUTO nest used stages of Burnaby’s Canadian Motion Picture Park (Burnaby, British Columbia, Canada).

The house where the couple lives with their son Ford Brody not far from the plant is Steveston Japanese Canadian Cultural Centre/Martial Arts Centre located on Moncton Street in Steveston (Richmond, Canada) (see photo).

You see? You see? There it is again. That is not a transformer malfunction. That is an electromagnetic pulse. It affects everything electrical for miles and miles and it is happening again. This is what caused everything in the first place. Don’t you see that? And it is gonna send us back to the Stone Age. You have no idea what’s coming.

15 years later the nuclear power plant has been turned into a facility where a  Godzilla cocoon is carefully monitored (see photo). Ford Brody (Aaron Taylor-Johnson) and his father approach the site through the abandoned streets of the now quarantined zone of Janjira.

The scenes in the ghost streets of 2014 Janjira were filmed in east Burnaby (Canada) – Front Street and Sixth Street – and in Finn Slough, a fishing wharf where a few descendants of Finnish settlers still live to this day. The BC Place in Vancouver (British Columbia, Canada) stands for the Godzilla cocoon site.

After escaping Janjira, the MUTO is found in Honolulu, Hawaii (United States) where he causes a tsunami that destroys the Waikiki beachfront (see a photo of the Grand Hotel destroyed in the process).

These scenes were actually shot in Hawaii, certainly the most exotic of these Godzilla (2014) filming locations! Good to note also that Eastern Oahu was used to represent the Marshall Islands at the beginning of the movie.

While the first MUTO briefly fights Godzilla in Hawaii before flying away, all hell breaks loose in Nevada with a female MUTO hatching from another pod at the Yucca Mountain nuclear waste repository. In response to the MUTO’s threat, the US army decides to pull out the big guns and load a nuclear warhead in the city of Lone Pine onto a train to San Francisco.

Moncton Street in Steveston (Richmond) stands for ‘Lone Pine’ in California while the locations the train goes through are Seventh Street and Douglas Avenue in Nanaimo, Oyster Sto’Lo Road in Ladysmith, and Arbutus Creek Trestle at Goldstream Provincial Park. After some serious shooting scenes, Ford miraculously escapes the MUTO but is left unconscious on a beach represented by the north bank of Lake Alouette in Golden Ears Provincial Park.

The female MUTO subsequently heads to meet the male MUTO in San Francisco Bay for mating purposes and destroys Las Vegas on her way.

The Las Vegas scenes were filmed on Las Vegas Boulevard South where we can see the famous Caesar’s and Flamingo hotels destroyed.

The ultimate battle between Godzilla, the two MUTOs, and tiny humans takes place in the San Francisco Bay area.

Most of the scenes in San Francisco were filmed in Vancouver and the surrounding area. The Hi-View Lookout in Cypress Provincial Park (West Vancouver) stands for San Francisco’s Bay Area Park.

The arrogance of men is thinking nature is in their control and not the other way around. Let them fight.

Certainly, some of the most breathtaking scenes of Godzilla were on the legendary Golden Gate Bridge in the San Francisco Bay. These scenes were filmed at Burnaby’s Canadian Motion Picture Park.

Godzilla saves the day and gives a break to Ford Brody with the MUTOs. In these final battle scenes where Ford takes a boat to carry the warhead far from the city, Steveston Harbor in Canada stands for San Francisco’s Fisherman’s Wharf.