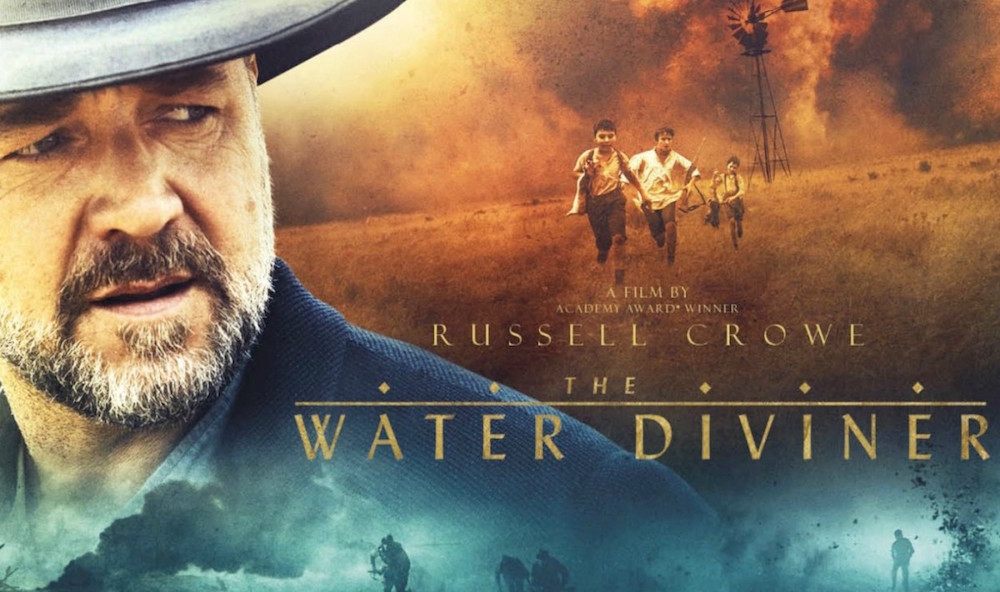 The Water Diviner (2014) marks the debuts of Russell Crowe behind the camera. The film tells the story of an Australian man who travels to Turkey to try and find his three missing sons after the Battle of Gallipoli.

The Water Diviner features beautiful filming locations in Turkey and Australia. The first part of the film is set in Australia with impressive views of the Australian outback while the second part takes place in Turkey and showcases breathtaking destinations like the deserted village of Kayaköy near Fethiye.

The quick scene at the beginning of The Water Diviner where soldiers are loading train wagons was filmed at Quorn, a township and railhead in the Flinders Ranges in the north of South Australia.

Quorn was an important crossroads at the beginning of the 20th century: any person traveling east-west or north-south in Australia had to pass through Quorn. This gave some prestige to the town that built many nice buildings at that time.

A vestige of Quorn’s railway golden age, the Pichi Richi Railway is now Quorn’s main tourist attraction and showcases heritage steam and diesel trains on the restored section of track between Quorn and Port Augusta.

Port Augusta was one of the main The Water Diviner filming locations with many of the Australian scenes shot there.

Port Augusta is a small seaport city and railway junction city located on the east coast of the Spencer Gulf, 41 km (25 mi) away from Quorn.

The proximity of Port Augusta to the Flinders Ranges, the largest mountain range in South Australia, makes it an attractive ecotourism destination.

The Rocks, the famous tourist precinct and historic area of Sydney’s city center can also be seen in The Water Diviner.

The Rocks are located on the southern shore of Sydney Harbour near Circular Quay and the iconic Harbour Bridge, which makes it a very popular landmark in Sydney.

Upon his arrival in Turkey, Connor (Russell Crowe) is seen in Istanbul in front of the impressive Sultan Ahmed Mosque, more commonly known as the Blue Mosque.

The traditional Jewish quarter of Balat is also featured in The Water Diviner. Balat is located on the European side of Istanbul in the old city. A beautiful spot to visit if you are ever in Istanbul!

The scenes at the Turkish Bazaar in The Water Diviner were actually filmed in Millers Point, located just near The Rocks in Sydney.

Lt-Col Cyril Hughes: What were you doing before the war?

Major Hasan: This is Ottoman Empire, there is no such a thing as before the war here. But in another life I was an architect.

The deserted town at the end of The Water Diviner is the abandoned village of Kayaköy near Fethiye. Kayaköy is now preserved as a museum and historical monument with 500 houses remaining as ruins as well as two Greek Orthodox Churches and a fountain source from the 17th century.

Lt-Col Cyril Hughes: Yeah, We both know it, but why change everything for one father who can’t stay put?

Major Hasan: Because he is the only father who came looking.