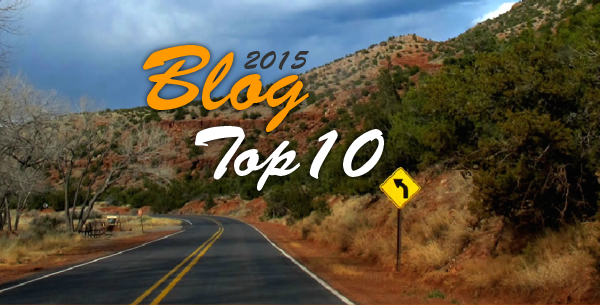 2015 is now behind us, hello 2016! The LegendaryTrips Team made some calculations and is glad to share with you the Top 10 of the most popular blog posts of 2015… From Japan to Cuba, South Africa or Norway, discover exceptional places related to TV Shows, films, music or books.

1 – The Continental Hotel in John Wick

At the center of John Wick’s ruthless crime world is one fascinating piece: the Continental Hotel. Protected by an agreement among assassins, it’s the only place in New York where John Wick and his peers can safely lay back (or so they think). The gothic-feel of the hotel scenes beautifully reinforces John Wick’s noir athmosphere and really made me curious about it, so here it is…

The film takes us to South Africa and offers quite some beautiful jungle sceneries. The main filming location of Blended is Sun City, a luxury resort near Rustenburg in the North West Province of South Africa. This location is somewhat controversional, discover why…

3 – Where’s the Jimenez Trail from House of Cards?

It has been difficult but I’m finally getting drawn into the season 3 of House of Cards. It took a few episodes for this new season to finally find its rhythm. Beyond this slow and at times uninspired start where the touch of cynical genius from the previous seasons is fainter (did we get used to it or has it just disappeared?), one thing struck me: the Jimenez Trail in New Mexico…

4 – The real-life location behind Tomorrowland: Valencia’s City of Arts and Sciences

Tomorrowland is a place outside of traditional space and time founded by the brightest minds in the world who wanted to help humanity by working together in an ideal environment. Frank Walker (George Clooney), a recluse genius inventor, was once selected for Tomorrowland but got banned for life. However, when he meets Casey (Britt Robertson), a sparkling high-school student with a tenacious scientific curiosity who has discovered the existence of Tomorrowland, he decides to help her find the extraordinary secret place…

Symbol of Joburg’s crime world and decay, Ponte City (Vodacom tower) is a recurring landmark in Chappie with one of the scenes filmed inside ‘the core’, the name given to its cylindrical open center. The building was also featured in the final scene of District 9…

6 – The log cabin mystery at the end of Minority Report

Leaving aside the wild and passionate debates Minority Report invites us to, there is one thing that always sparked my interest at the end of the film: the log cabin on a desert island where the precogs are sent to live their lives in peace…

The filming location final choice was Valldal in Norway, close to the country’s most famous Western fjords. The crew found the Juvet Landscape Hotel in the village of Ålstad and a new house under construction next to the hotel, both designed by renowned Norwegian architects, Jensen & Skodvin Arkiterktontor. The two locations were combined to create Nathan’s retreat…

So I was at the movie theather waiting to see ‘12 Years a Slave‘ quietly chewing my popcorn when I saw Zlatan Ibrahimovic appearing (yes, yes, the great savior of PSG!). I was a bit confused at first to see him rifle in hands, dressed with white camouflage, hunting a poor deer through beautiful snowy landscapes until I realized I was watching the latest Volvo commercial Made by Sweden….

9 – Is Bifuka the fictional Hokkaido town of Junitaki in Haruki Murakami’s A Wild Sheep Chase?

If there’s one place recurrent through Haruki Murakami’s novels that mirrors the poetic wanderings of his characters, between deeply entangled dreams and realities, it is surely Hokkaido. Disconnected from mainland Japan, Hokkaido is a magnificent ever-cold land stretching as far as the eye can see. Here nature runs wild barely disturbed by men – Hokkaido is rich of this monotonous peace the writer’s characters long for…

The North of France can be proud of having been chosen for the filming locations of this Cannes Palme d’Or-winning movie. Although the region Nord-Pas-de-Calais is often associated with bad weather, Blue is the Warmest Color presents it under a sunny light with the first part of the movie taking place during summer days. Add the blossoming love between the two protagonists in the movie and you get the urge to (re)discover the north of France!

That’s it folks… On behalf of the entire Team, we would like to sincerely thank you for reading this blog and being loyal users of the LegendaryTrips travel inspiration platform.